Posted on June 11, 2020 by Bill Pilkington in Information, Press Release 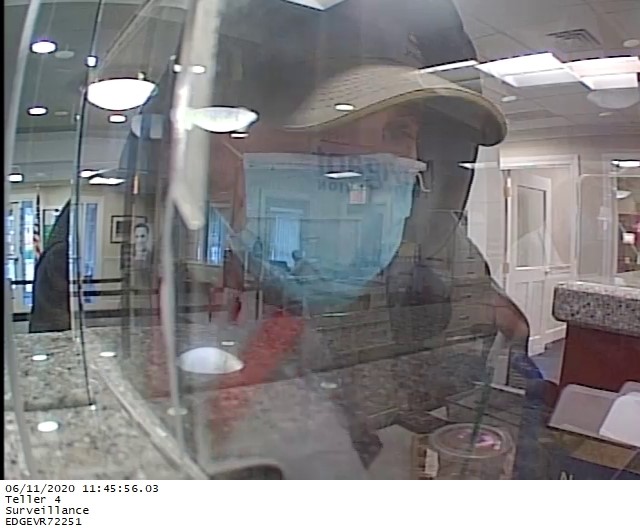 Posted on June 1, 2020 by Bill Pilkington in Information, Press Release

Posted on May 28, 2020 by Bill Pilkington in Information, Press Release

Posted on March 13, 2020 by Bill Pilkington in Information

The Smithfield Police Department is now accepting applications for enrollment into the Female Self-Defense Course, which consists of a five (5) week self-defense program geared towards women ages seventeen (17) and up. Participants will meet on Tuesday evenings from 6:30 to 8:30 p.m., starting February 25, 2020. The class will meet in the Sgt. Norman G. Vezina Community & Training Room on 2/25, 3/3, 3/10, 3/24 and 3/31.

The course is offered, free of charge, to any Smithfield resident, Smithfield High School student or employee of a business in Smithfield who is at least seventeen (17) years of age. This hands-on course will teach participants how to avoid being targeted and what action to take if selected as a victim. Seating is limited to 20 participants and selection will be on a first-come-first-served basis. 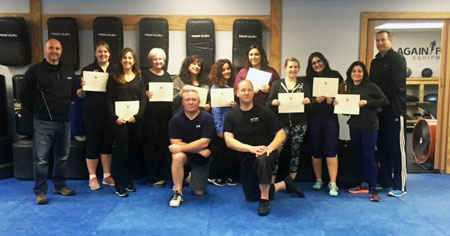 Posted on October 25, 2019 by Bill Pilkington in Information, Press Release

This was a two-month investigation initiated by the Smithfield and Glocester Police involving Carmona dealing powdered and crack cocaine in North West Rhode Island. Investigators were able to document through surveillance numerous narcotics transactions in business establishment parking lots in Town of Glocester and surrounding area.

As result of this investigation, Smithfield and Glocester Police executed court authorized search warrants on the body of Carmona and her vehicle and seized 35 bags of crack and powdered cocaine along with $1600.00 cash. Members of the Cranston, Smithfield, Glocester Police further executed a court-authorized search warrant at Carmona’s residence and seized in excess of $4500 in U.S. Currency.

Sagrario Carmona was charged with Possession of Cocaine with Intent to Deliver, Possession of Cocaine 1 once to 1 kilogram, and Delivery of Cocaine. She was arraigned in the 3rd District Court before Judge Elaine Bucci and Held Without Bail on the above charges with a Bail Hearing date set for November 7, 2019. 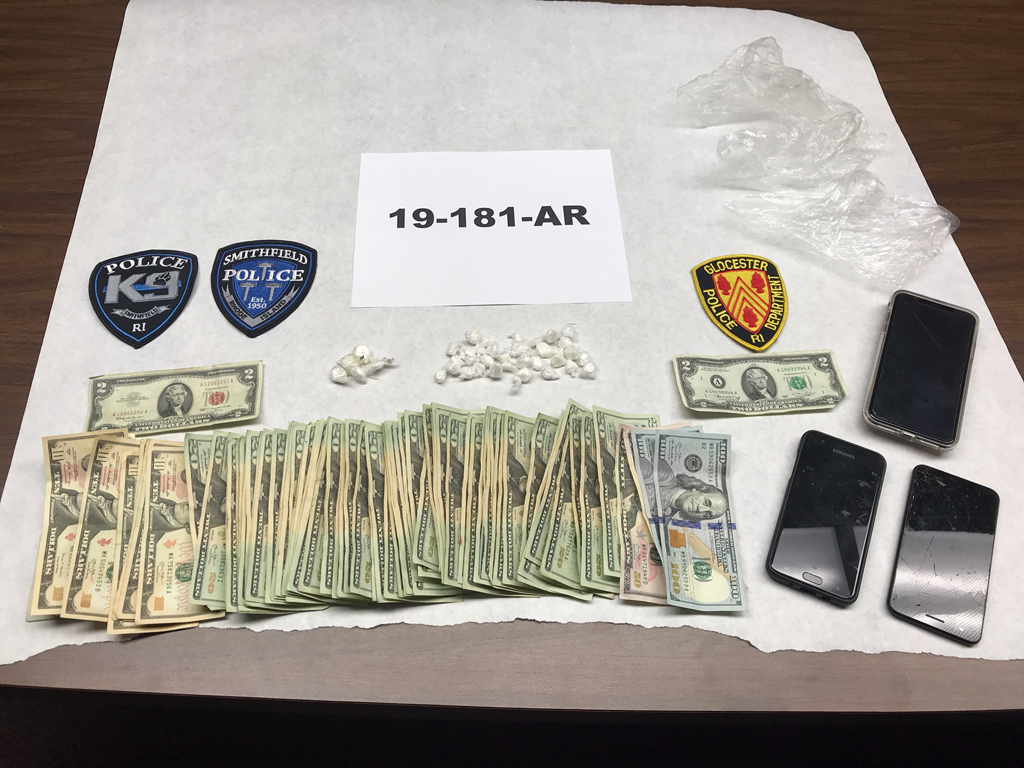 Posted on September 16, 2019 by Bill Pilkington in Information, Press Release

On September 14, 2019, Smithfield Police arrested Andy Alicea, age 36, of Providence after an investigation into a Breaking & Entering at Blackbird Farm.

On June 25, 2019, officers were called to the Blackbird Farm farm stand located at 660 Douglas Pike in Smithfield. Video surveillance showed that on the previous night, two male subjects had broken into the farm stand. The subjects stole a large quantity of frozen meats held for sale at the farm stand. Video also revealed the suspects communicating via cell phone with an additional suspect outside. A subsequent inventory revealed that the value of the meats taken exceeded $12,000.

Video and pictures from the incident were widely publicized on news outlets and social media. This led to the identification of Alicea as one of the suspects in the incident and an arrest warrant was obtained. With the assistance of Detectives and Officers from the Providence Police Department, Mr. Alicea was located in that city on the night of September 14th.

Mr. Alicea was arraigned at the Smithfield Police Department on September 15th before a bail commissioner on one count of Breaking and Entering 11-8-4. He was ordered held at the ACI on probation violations from previous offenses. Mr. Alicea will appear in 3rd District Court on September 16, 2019 for a bail review.

This investigation remains ongoing and police are seeking additional suspects. Anyone with information about this case is asked to contact the Smithfield Police Detective Division at (401) 231-2500.

Posted on August 30, 2019 by Bill Pilkington in Community Police, Information 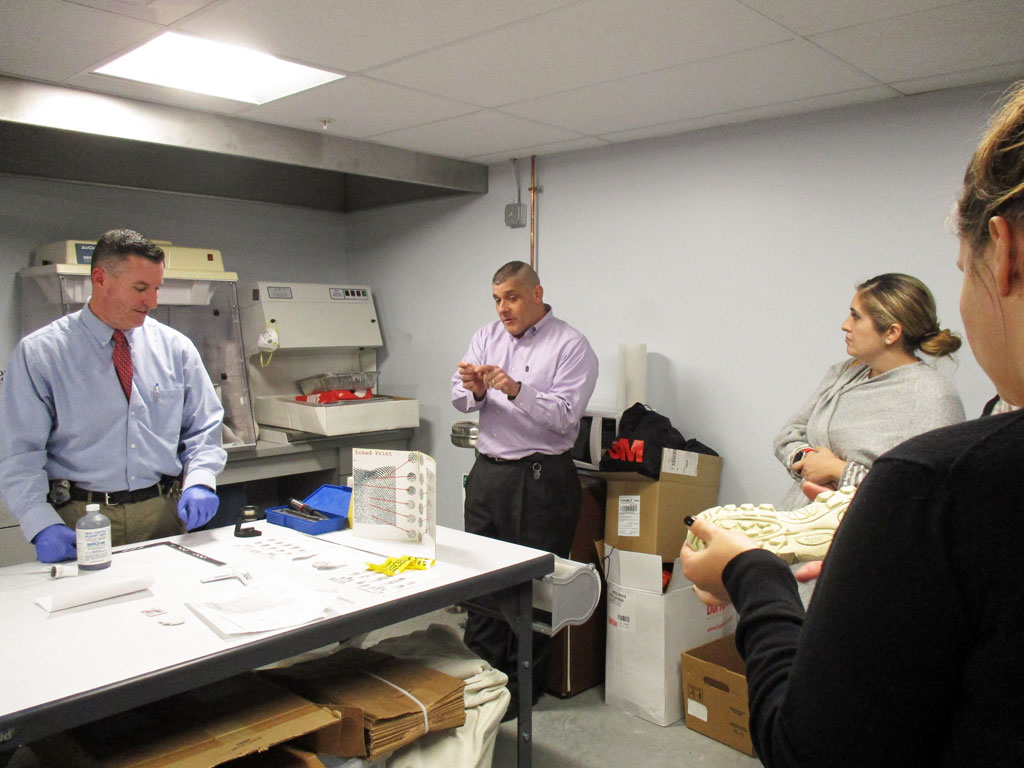 The Citizens’ Police Academy will start Thursday, October 3, 2019.  Each week, a different law enforcement topic will be presented, with classroom and hands-on instruction by police officers.  This academy is offered free of charge to Smithfield residents or any person who works at a Smithfield business.  Seating is limited and will be on a first-come, first-served basis.  Applications are available at the Smithfield Police Department or online at our website smithfieldpd.com/community-police/citizens-police-academy/.

If you have any questions, please contact Operations Sergeant Kevin Proulx of the Community Policing Unit via email at kproulx@smithfieldpd.com.  He can also be reached by phone at (401) 231-2500, (ext. 145).

Completed applications should be returned to the Smithfield Police Department no later than Friday, September 20, 2019.

Posted on July 11, 2019 by Bill Pilkington in Information

Ten Smithfield PD officers will now have new protective gear thanks to a generous donation.

Click the photo below to see the full story on WPRI.com