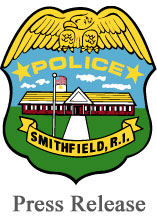 On March 21st, at approximately 12:30 a.m., Smithfield Police responded to Bryant University, for a reported fight in progress in the area of Townhouse A2. On scene police learned the alleged victim; a Bryant Student had been transported to St. Joseph’s Hospital in North Providence, for injuries sustained during the fight.

Smithfield Police and Bryant Public Safety Officers learned through witnesses on scene that an altercation occurred inside Townhouse A2 with the above named students and continued outside, before it was defused by public safety officers.

Smithfield Police obtained warrants for the Bryant Students, six of whom turned themselves in at police headquarters. The seventh student was arrested on campus, without incident. The defendants were brought to Third District Court in Warwick, appeared before Judge Walter Gorman, and were each released on $1,000 personal recognizance. Their next scheduled court date is May 5th, 2015.