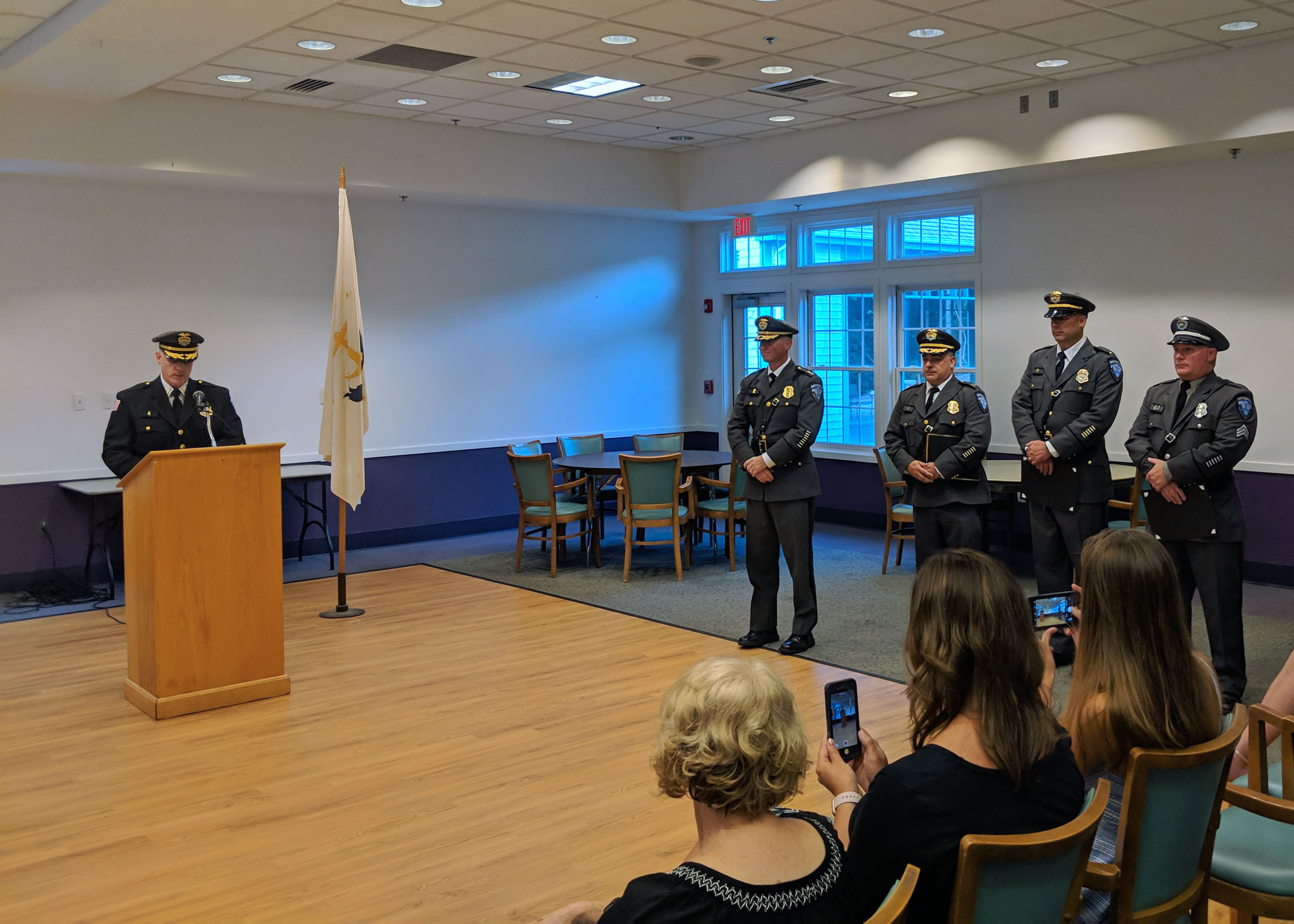 On Tuesday, August 28, 2018, the Smithfield Police Department held a ceremony at the Smithfield Senior Center for the promotion of four officers. These promotions were effective on July 1st, 2018. Police Chief Richard P. St.Sauveur presented each officer with a certificate of promotion in front of a crowd of family, friends, fellow officers and local officials.

Captain E. Eric Dolan was promoted to the rank of Deputy Chief. Dep. Chief Dolan is a 24-year veteran and has served in many capacities over the years. Most recently, as the Administrative Division Commander, he oversaw the expansion & renovation of the police department building. As Deputy Chief, his primary responsibilities are to “serve as the department’s moral compass and ensure that all department employees are meeting the highest of ethical and professional standards.”

Lieutenant Jason Digrado was promoted to the rank of Captain. Capt. Digrado is an 18-year veteran of the department. His prior assignment was as the 2nd shift commander, he is now assigned as the Administrative Division Commander, director of training, liaison officer to the RI Municipal Police Academy, officer-in-charge of community policing programs, and officer-in-charge of recruitment & selection.

Sergeant Cory Carpenter was promoted to the rank of Lieutenant. Lt. Carpenter is an 18-year veteran, formerly assigned as the Operations Sergeant, where he was responsible for the department’s response to traffic complaints, served as the first level of supervision for the community policing unit, and chaired the town’s Traffic Safety Commission. He is currently assigned as the patrol shift commander on the third shift.

Officer Paul Gorman was promoted to the rank of Sergeant. Sgt. Gorman is a 15-year veteran of the department. He served from 2014-2018 as a community police officer and D.A.R.E. officer before an assignment in the detective division. He now serves as a patrol shift supervisor on the 1st shift.